If You're Caught in an Avalanche 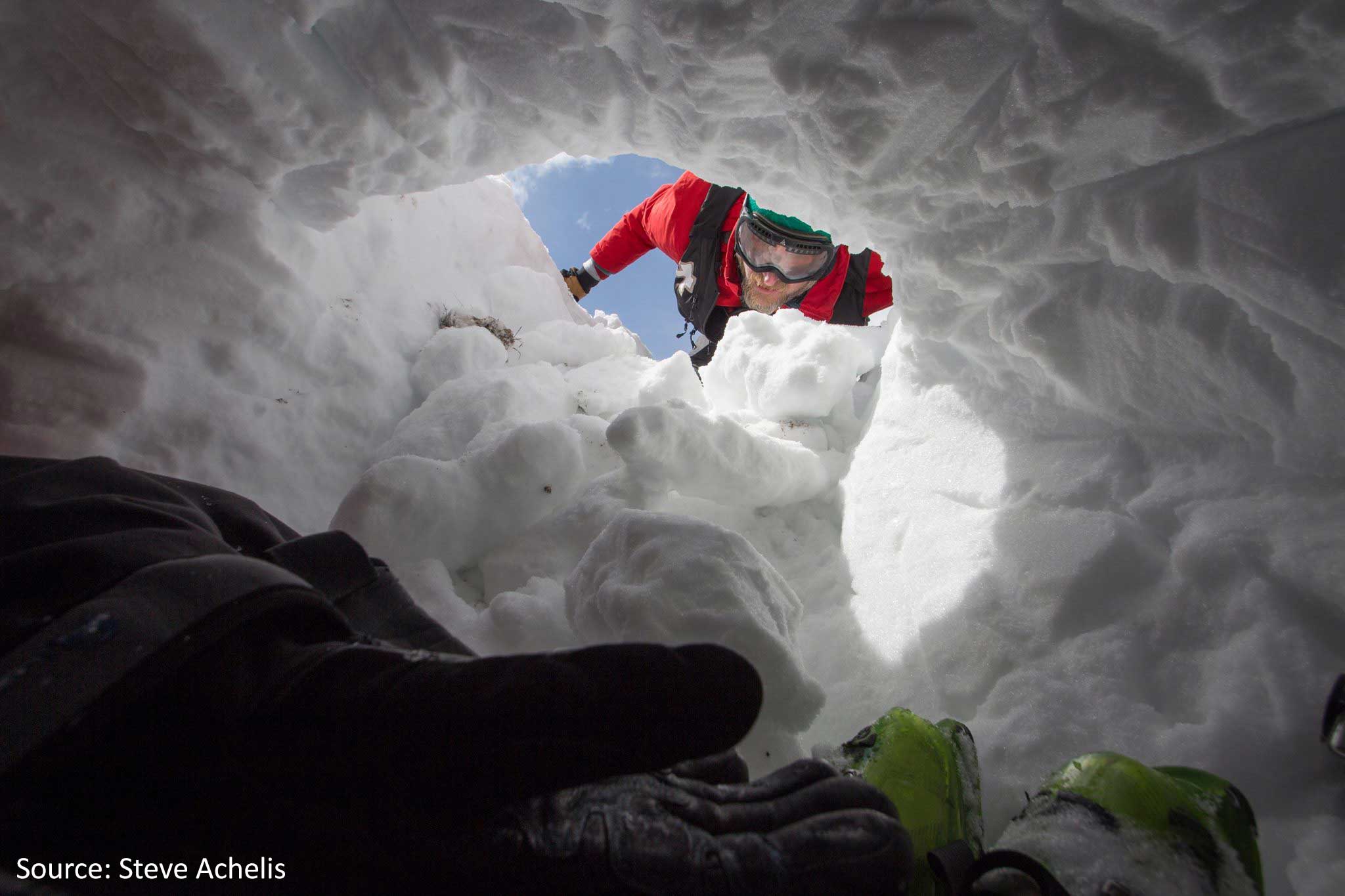 Scream "Avalanche" as loudly as you can. In fact, anyone within earshot should yell, "Avalanche!" Yelling alerts potential rescuers who might otherwise become victims, it gets more eyes on the victim, and it might summon nearby rescuers who are unaware that an avalanche is occurring.

And don't even think of out-skiing an avalanche. They typically accelerate from 0 to 70 miles per hour in about five seconds. Depending on the size of the avalanche, you might be able to out run an avalanche if you are on a snowmobile.

If you are wearing an avalanche airbag, you should deploy it as soon as practical. Do not delay inflating your airbag until you are certain you will be buried—there are numerous cases of people failing to deploy their airbags.

When in doubt, pull that trigger!

If you can't escape the avalanche, do everything you can to survive it. That includes trying to stay nearer the surface by fighting anyway you can ("I'm not going to die today!"). You've probably heard that you should swim, but you really should do anything and everything you can to stay on top—you won't be "swimming" freestyle or breast stroke in tumbling avalanche debris!

Hopefully you knew better than to have your hands in your ski pole straps, because things that are attached to you will drag you down. If you can purposefully release from your ski bindings, do so.

If you have an AvaLung and it isn't already in your mouth, that's obviously worth attempting. And if it is in your mouth, clench it with your teeth and pray that it remains there.

You should also do whatever you can to limit the likelihood of traumatic injuries. In the event of a slow-moving sluff, that might mean getting your feet downhill. In a more typically-sized avalanche, it may mean protecting your head with your arms. I have heard the suggestion that you should reach an arm across your body, grab the opposing backpack strap, and tuck your face into your elbow. That sounds like a good idea if you can accomplish it.

Experts say that, as the snow slows, you should attempt to create an air pocket in front of your face and extend an arm upwards. Those are worthy endeavors in a smaller avalanche, but they might be impractical in a more violent avalanche.

If you are buried, and this is likely easier-said-than-done, relax and trust your partners. Struggling and panicking will only increase your respiratory rate.

Next Topic: If Your Partner is Caught in an Avalanche