The statistics aren't in the avalanche victim's favor. They show that ~25% of avalanche victims are killed by trauma. Of those that survive, more than half will asphyxiate within the first 15 minutes. And 90% will be dead within 40 minutes. When all is said and done, only 30% of fully buried victims will survive.

This data makes your objectives clear: quickly locate the victim and access his or her airway. That said, experienced rescuers know that slow is smooth and smooth is fast—the best way for most of us to be faster is to slow down. 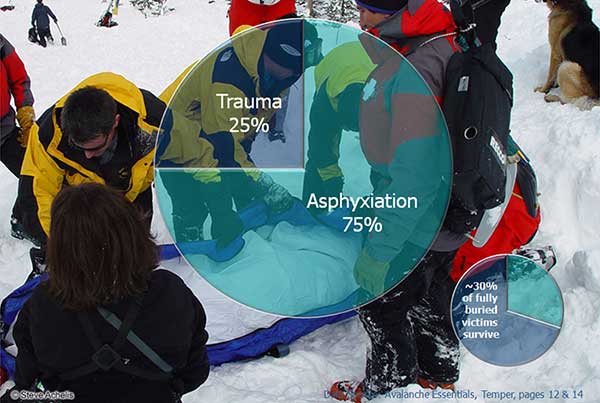