Companion shoveling (aka " strategic shoveling") is the technique that is used during a typical backcountry accident or when a patroller is buried while on a control route. It is most appropriate when there are a limited number of rescuers. The key principals are:

See the shoveling tips in the introduction to shoveling.

If there is one shoveler: 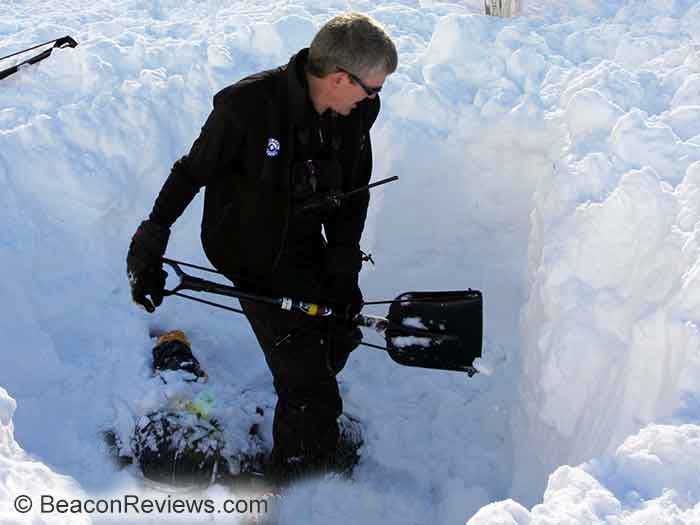 If there are two shovelers:

If there are more than two shovelers, you use a combination of the above based on the depth of the burial and the snow density (e.g., one or two rescuers near the probe, two or three rescuers below the lead shoveler(s), three or four shovelers in a line, etc. If you have more than ~four shovelers, it's probably best to use conveyor belt shoveling.

(Don't get overly concerned with all the combinations of the burial depth and the number of rescuers. The key points are to start downhill, move the snow to the sides first, and trade position frequently. See the shoveling tips, too.)