Reconsidering rescuer safety is an ongoing task. Snow that remains above the avalanche's crown, which is called "hang fire," is rarely a safety concern unless somebody skis onto it. 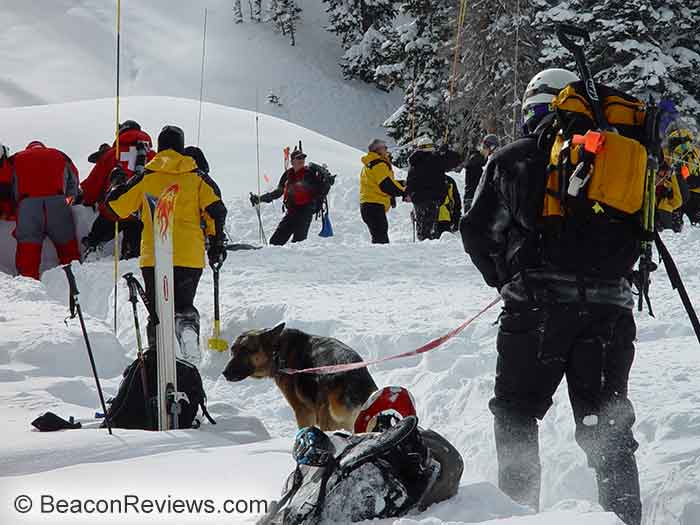 Most importantly, consider the significant risk to rescuers as they attempt to access the avalanche site and when they are returning to the frontcountry.

Next Topic: Call for Help?