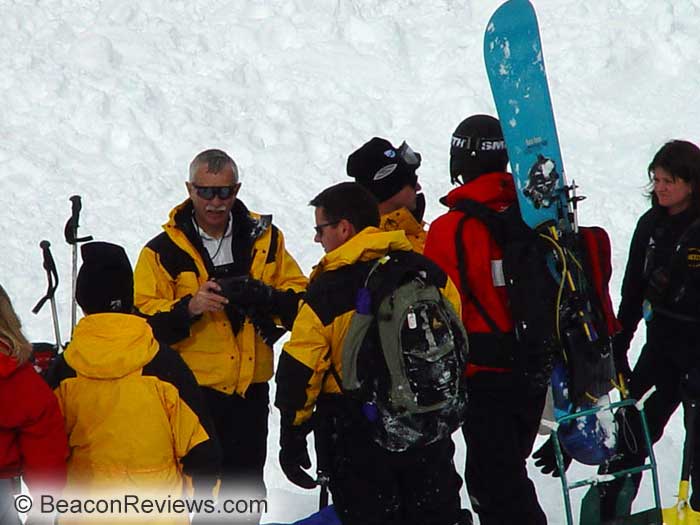 The importance of leadership in high-stress situations can't be understated. During an emergency, our instinct is to charge in and help. But as we rush in with tunnel vision, it is almost a certainty that several people will perform the same task and that other important tasks will be neglected. Even in small groups, having one person focused on the big picture will improve the team's performance.

One of the key roles of a leader is to see that everyone has an assignment, a job, and that the right jobs are being performed. A good leader disengages from the details and repeatedly considers the big picture: whether the team is doing the right things and what needs to be done next.

Although it may seem difficult to establish leadership a few minutes after an avalanche occurs, it will be harder to establish later.

Previous Topic: If Your Partner is Caught in an Avalanche